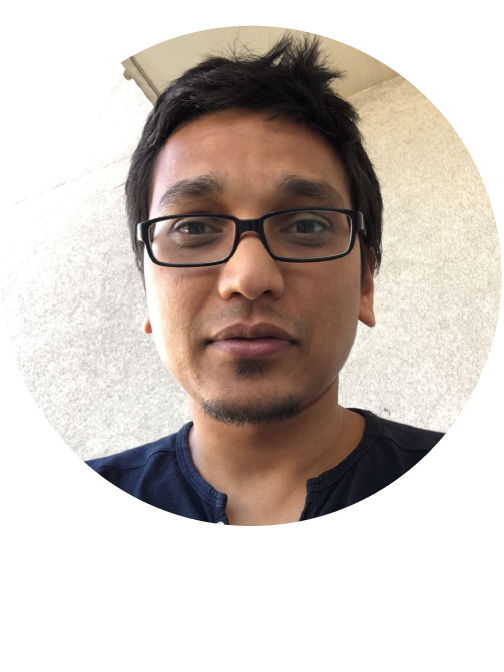 My scientific journey has always been at conjecture of technology and fundamental condensed matter physics. I explored electron-electron and electron-phonon interactions in lower dimensions, and the tool I used for study is ‘Noise Spectroscopy’. And, platform so far, I explored is atomic-molecular junctions, graphene and GaAs/AlGaAs. Under supervision of Jan van Ruitenbeek, Leiden, I developed inelastic noise spectroscopy to role of two-electron process mediated by vibron and Pauli blockade. I used the elastic noise spectroscopy to probe the role of non-state spin polarized channels in ferromagnetic contact. After finishing my PhD, I joined Cavendish Laboratory, Cambridge University as Leverhulme Fellow, where I worked on the molecular Kondo-like system and probed the spin polarized channel by shot noise for very first time.

During my current stay at Laboratoire de Physique Ècole Normale Supèrieure, Paris, I developed the quantum optics probe for the many states like fractional quantum Hall states in GaAs/AlGaAs. The most prominent results include the development of quantum tomography tool for probing arbitrary electronic wave functions. My experimental results show the poisoning of the Levitons by the finite temperature effect. I developed finite frequency shot noise probe for fractional quantum Hall states. My experimental results show the role of Pauli blockade and imprints of fractionally charged quasiparticle on emission of microwave photons. Later, I probed the spin statistics on a collider geometry. This is very first experimental confirmation of quantum phase of \nu = 1/3, accurately replicating the theoretical model of Bertrand Halperin and collaborator. My current interest lies in development of quantum optics platform for Dirac fermions and topological superconductivity. Overall idea is to probe the coherent states found in topological superconductor via correlation measurement.

On technological front, I developed high frequency shot noise measurement setup for atomic junctions, cross-correlation scheme for the probing wave functions of the anyonic excitations. And currently, I am developing correlation protocol for finite-high frequency measurement. This setup will be used to probe the anyonic/spin-statistics in excited quasiparticle in fractional quantum Hall states and other Luttinger liquids such as one form in narrow channel of 2-dimensional electron gas.